The Cult That Changed My Life 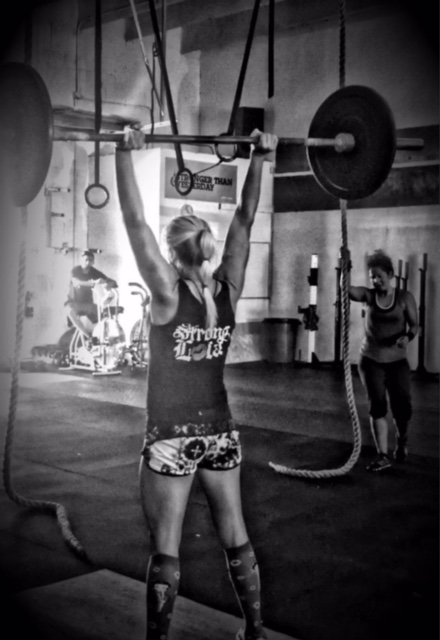 If you would have told me a decade ago that I would not only be an avid fitness enthusiast, but also a coach, and a performance sock designer whose idea of fun would be getting dirty in the mud at a Spartan race, I most certainly would have laughed in your face! It’s true though, and all thanks to CrossFit. Before I started I wouldn’t have thought I could do a 5k much less a 13mile 35 obstacle race. There is a confidence gained from pushing through workouts that at the time seem impossible, an indescribable feeling when your push yourself further than you ever thought possible.

So what is CrossFit exactly? It is defined as “constantly varied functional movements executed at high intensity across broad time and modal domains”. CrossFit contends that “a person is as fit as they are proficient in each of ten general physical skills: Cardiovascular/respiratory endurance, stamina, strength, flexibility, power, speed, agility, balance, coordination, and accuracy”. Translation:CrossFit is a training program that builds strength and conditioning through extremely varied and challenging workouts. The WODs (workouts of the day) will test a different part of your functional strength or conditioning, not specializing in one particular thing, but rather with the goal of building a body that’s capable of practically anything and everything.

The beauty of CrossFit is that truly people of all shapes and sizes, ages, and ability can improve their physical well-being and cardiovascular fitness in a hardcore yet accepting and encouraging environment. Those first several months I can remember looking at the WODs online, not even knowing what most of the movements were, driving to my CrossFit box with a knot in the pit of my stomach. It was just me and the SWAT team in the beginning, nope, not intimidating in the least for this out of shape, stay at home mom. 😉 As awful as the WODs were, once they were over, I couldn’t wait to come back the next day. There was something so addicting about the challenge of pushing harder than I ever had in the past.

That acceptance and encouragement you get from not only your coaches, but also your box (gym) mates is like nothing I had ever experienced at any other gym. There were people that believed in me long before I believed in myself. CrossFit is about challenging yourself, having fun, all in an atmosphere where your box mates will celebrate your accomplishments by cheering and screaming for you along the way. I can remember WODs I thought I’d never be able to finish. There was one where I had something like 20 more burpees to go. I must have had that look of “I want to quit” when a member, who had already finished, did 20 more burpees alongside me, pushing me the entire time. I can’t tell you how many times since then I’ve reciprocated that, finishing those last few reps with someone so they know they’re not alone.

The progression and improvement one can make with consistent CrossFit training is pretty remarkable as well. Take pull ups for example. I started on the thickest bands because I couldn’t do one put up to save my life. The bands gradually got thinner, giving me less assistance. One of my coaches had me hold an eight pound weight with my legs when I got to the red band, the one with the least resistance. It wasn’t long before I realized if I’m using a band, but also a weight, I should be able to do one unassisted! 😉 So I did…then did a few, and a few more until I moved on to unassisted weighted pull ups! Because you get to keep track of how much you’re lifting, and you know how many reps and sets you’re doing, you get to see constant improvement.

As I was increasing my physical strength and daily stepping out of my comfort zone, something else changed. I started to develop a crazy strong mental strength as well as an awareness that all things were possible if I was willing to work for it. As if both these strengths weren’t enough, there’s the confidence boost that kicks in! I started to look better and feel better than ever. This spiraled into competing, obstacle racing, and GORUCK events. Now being able to coach, empower, inspire, and motivate others is by far the greatest blessing of all.

So back to the cult…:| I prefer to look at it as a group of motivated people wanting to better themselves, see what their true potential is, a community of like minded people who build each other up, encourage one another, people who all share a common goal of not settling for mediocracy. I have met countless awesome individuals over the past nine years, not only at CrossFit Blaze, but other local boxes, as well as ones in other states and a couple in Europe. Some of these people will even be lifelong friends. 🙂 Obviously for me to have been doing CrossFit consistently for almost a decade, and still totally loving it, the funny saying must hold true. “CrossFit is like crack, but you get to keep you teeth”. #321go #finishstrong