The Secret To The Perfect Diet 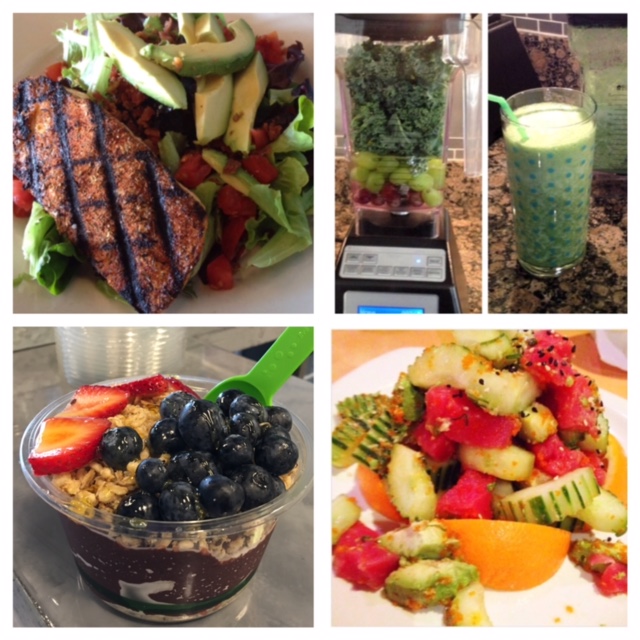 The Secret to the Perfect Diet

When I was in high school, my after school snacks were such feasts that I earned the name “Henry” from my best friend. She was referring to King Henry the VIII, the king known for his elaborate feasts. Yes, I’ve always loved food, I’ve just learned over the years how to balance the good with the bad. More importantly, I’ve gained an appreciation for countless healthy foods and now even crave these more than the processed, “fake” foods. Never in my life had I tried a diet. I did however try a lifestyle change about 6 years ago when I did a 30 day Paleo challenge. Everyone at my CrossFit gym was getting on board with this new way of eating which basically consists of lean meats and fish, veggies, healthy fats, nuts and seeds, and minimal fruits. One of my friends there said, “it’s only 30 days, you can do anything for 30 days!” This, mind you, is the same person that said a 4 minute tabata was no big deal! Lol. Considering I had never really gone a day ever without a bagel, pizza, pasta, or similar type of carbohydrate, 30 days sounded like an eternity. She was so convincing though that I decided to give it a shot. Day 1, success, day 2 success, yeah, but there’s no way I’ll make it through the weekend without my Saturday morning bagel. Surprisingly so, I did!

Within days I started feeling amazing, better than ever! I always felt good before and thankfully have never had any food sensitivities (other than my tree nut allergy) or any digestive issues. This was on a whole new level though! I had more energy, lost approximately 7 pounds, my workouts started improving, and I was sleeping better. Overall EVERYTHING was better! I started reading books like Primal Blueprint by Mark Sisson and Paleo Solution by Robb Wolf to learn more about this Paleo world. I made it the 30 days without any grains, dairy, or any sugars. I held out for 2 weeks before having a tequila however. This seemed like a sufficient enough time for me to abstain, at least if my family wanted to live. 😉 At that point I had a couple of drinks per week. This new way of eating became a lifestyle change for me, a big step for the girl that consumed complex carbs on a daily basis! I soon found a balance that worked for me, sometimes that was one or two “cheat meals” a week, sometimes an entire weekend. 😐 It averaged out to and 80/20 ratio, 80% clean foods, 20% s#@t show.

I was happily coasting along in my paleo world for a few years, when the new buzz word in the CrossFit community was “macro diet”. My first reaction to this was negative I think mainly because people were bragging about how they can eat pizza and donuts every day if it fits your macros, “IIFYM”. WHAT?!?! That goes against everything I learned about grains and sugars being the enemy!! Now you’re saying it’s okay to eat this everyday…it’s not. It may fit your macros and make you skinny, but it’s obviously not healthy. After talking to my coach one day about strength and performance and a little weight I had gained over that past year, we decided it may be worth a try, minus the donuts part! He felt I wasn’t eating enough on paleo so he calculated my numbers and gave me my total calories for the day, as well as total fat, carbs, and proteins. The goal of Macronutrient dieting is to stay under your total calories for the day and to “zero out” each of the nutritional components. Sounds easy enough…not for the girl that never dieted!!! I almost gave up the first few days. I got a food scale and downloaded the My Fitness Pal app on my phone and measured and logged EVERY SINGLE morsel of food and ounce of liquid I consumed. I will admit it got easier after the first couple of weeks, but holy wow it was time consuming to say the least. I already was starting to see results, increased strength and performance in the gym, better sleep, increased energy. I stuck with it and within a 6-8 week period I lost almost 15 pounds! I leaned out like I never have in the past, but still had all my muscle!

Although there were so many positives with macros life, two big drawbacks for me were the difficulty calculating when I was dining out (which was frequently) and the fact that I could almost never have a drink!! 🙁 After almost a year I stopped my macro madness when we went up north for summer vacation. My family was thrilled to say the least that I wouldn’t be spending my days on my phone counting macros! Lol. I’ve learned a few important things from this way of eating though that will continue to help me with properly fueling my body. The first and most important I believe is that I now know how much food my body truly needs to function at its best with the amount of exercise I do. I didn’t realize before that my body was holding onto fat because I wasn’t giving it enough food. The second is that I am now able to recognize portion sizes of different foods. I can look at a piece of tuna sashimi or bowl of oatmeal and tell you approximately how many ounces it is. Another important take away is that I have a really good idea now how much fat is in say one tablespoon of olive oil or how many carbs are in a cup of blueberries, how much protein is in a 5oz filet. These second two points I mentioned are so helpful when dining out. Sadly, the portions you find at most restaurants are usually triple what a person should be consuming at one meal. I honestly never paid attention to any of this before counting macros, yet it’s so important to know so you can correctly fuel your body. I’ve been very fortunate in that my blood work has consistently improved over the past several years and my body seems to respond well with both paleo and macro plans.

Now I’m really doing a combination of the two. I’m mostly paleo in that I’m keeping grains, sugars, and dairy to a minimum, while at the same time trying to get my roughly 190g of carbs, 130g of protein, and 60g of fat per day. So, back to the secret…..there isn’t one. The perfect diet….this doesn’t exist either. Everyones body is different and responds differently to certain foods. The best thing you can do for yourself is learn what works for YOU! The key or secret is not a mystery, it’s moderation. It’s eating whole foods in lieu of “fake” or processed foods. It’s balancing calories consumed versus calories expended. It’s turning your metabolism into a fat-burning furnace and eating yummy, nutritious foods while still being able to have that occasional guilty pleasure, without feeling guilty!!! That right there is what it’s all about! So skip the diet and just eat healthy! 😉